Better Know Your Turkey. It Will Taste Better. 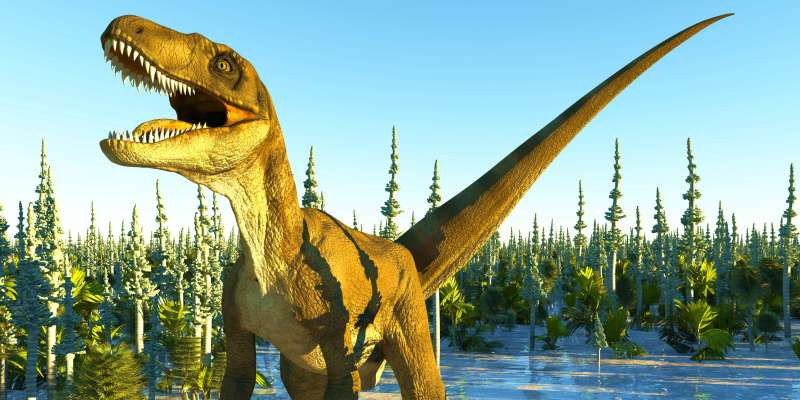 Behold the turkey, descended from the fearsome Velociraptor dinosaur, and treat it with respect. They may have pea-sized brains, but that doesn't mean that they can't do some things better than us humans.

For example, the t-bird has flattened corneas, and wild turkeys have superb daytime vision in color. Their eyesight is three times better than humans, and they can track you with their monocular 270-degree vision because their eyes are stuck on the sides of their heads. No wonder it's so hard to get the drop on them in the kitchen. Especially since Turkeys can run at speeds up to 25 mph and fly short distances at 55 mph. Yes, it's good that they come frozen.

Turkey lineage. Turkeys may seem tame, but their ancestors, the Velociraptors, most certainly were not. These out-of-control turkey ancestors, made famous by the epic dino movie, "Jurassic Park," wouldn't sit on a plate waiting for a gravy shower. They would have you for dinner.

Put tryptophan on the list of lies our parents told us right up there with Santa Claus, The Easter Bunny, and Cinderella. Tryptophan is not the source of our post-meal comas. It's an amino acid, a serotonin precursor, associated with sleep and happy thoughts. The presence of other amino acids, which your turkey is loaded with, mutes their effect. It doesn't contain any more tryptophan than other meats, and some cheeses outperform it in the sleepy time department. The real reason we nod off isn't very sexy. We pound down too much turkey, mashed potatoes, rolls, and sweet potato pie.

Turkey vulnerabilities. They're not the smartest bird on the block. Compared to a turkey, a possum looks like Einstein, but they're not the dumbest animal on earth. They don't have many taste buds, and some could use a hearing aid. And that's why we eat them. Anybody hungry?