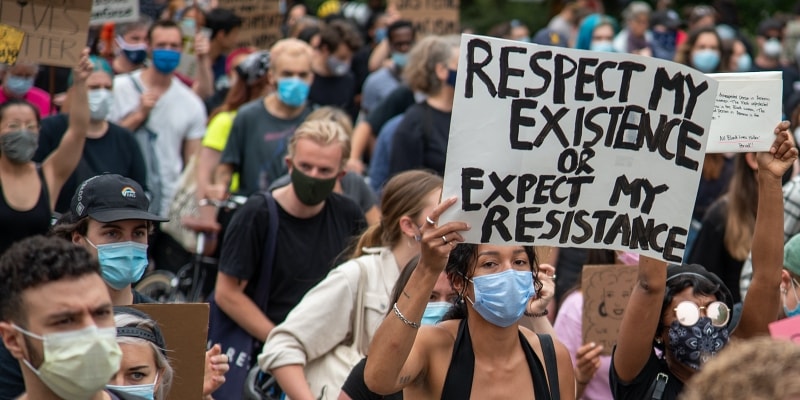 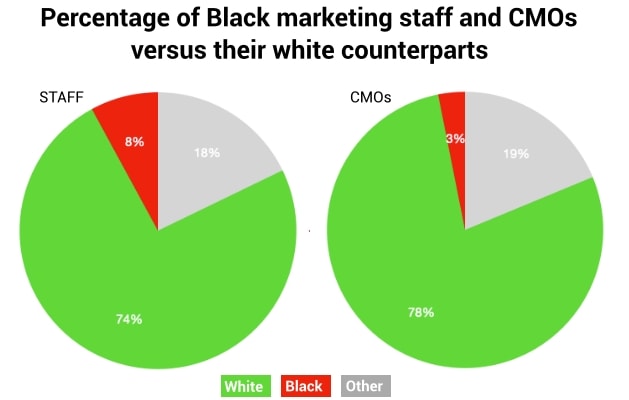 Experts believe that a lack of diversity in companies and agencies cultivates an environment where spectacular screwups can happen. Major brands are no exception. Adidas fielded an all-white "Uncaged" shoe in its Black History Month collection. The backlash was immediate. Volkswagen's head-scratching Instagram spot by the German ad agency, Volga, is a case in point. The video shows a black man depicted as the puppet of a giant white hand. It also includes a German racial slur for blacks. Gucci's black-and-red-mouthed balaclava sweater drew comparisons to blackface, while Nivea launched a campaign themed " White Purity ." Problems can emerge in product development, too. These companies have the resources to recall products, handle the fallout, apologize, and make new ads. These ads are examples of fails and gaffs, which expose brands to ridicule on social media, damage reputations, and worse. If all racism were that blatant, none of our clients or readers would greenlight it.

We need to hone-in on a much more nuanced level to weed out inherent racism in our copy. They're words that white people learned without the context of their original meaning. Master/slave . A phrase used by software engineers describes the relationship between software and hardware when one controls the other. Twitter, JP Morgan, and other companies are eliminating the language. Blacklist/whitelist . A blacklist refers to a directory of specific elements, such as email addresses or URLs, that are blocked. In other words, white is good and allowed, and black is not. Grandfathered in : This legal term is the "grandfather clause" adopted by seven Southern states during the Reconstruction Era. The phrase applies to some person or entity, which were allowed to maintain an older or privileged standard when a law or rule is changed. Established in 1867 exempted whites from literacy requirements originally imposed on blacks to prevent them from voting. In 1867, it was white people who were exempted from the literacy tests meant to prevent blacks from voting, which they didn't receive until the passage of the 15th Amendment in 1879.

The Fifteenth Amendment — "The right of citizens of the United States to vote shall not be denied or abridged by the United States or by any State on account of race, color, or previous condition of servitude."

Sold down the river . This phrase, along with "thrown under the bus" is used to describe painful betrayals. The origin of the phrase harkens back to the 1800s, when Black slaves were literally sold down the river, and used for brutal labor that often ended in death. 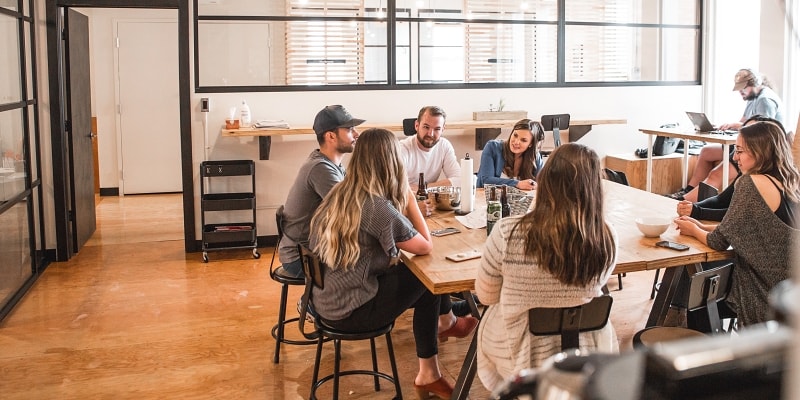 When employees share posts from your business or practice's social media feeds, that's a great thing! Employees can amplify your good news, reaching potential new customers, and getting you good brand recognition.

Put some guidelines in place, so your employees know the ground rules when sharing company content. 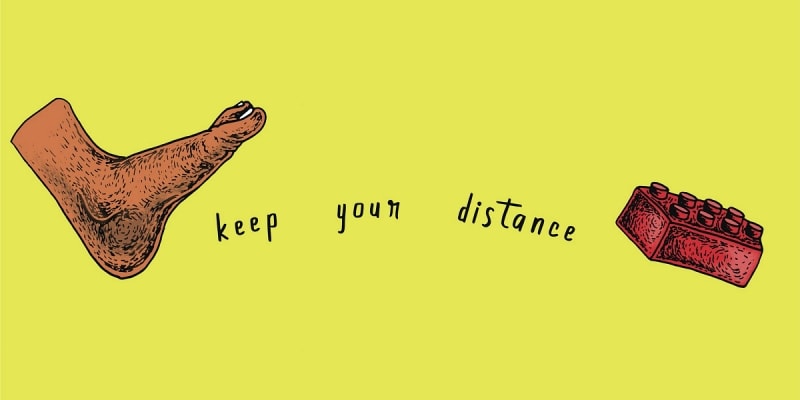 Is COVID-19 messaging too nice?

The U.S. set another record today in the COVID-19 - 4 million cases nationwide. With all due respect to news producers, we're not "all in this together." The statistics obscure the individual pain of survivors, the dead, and the guilt-ridden who gave it to someone else.

Reality is called for here, not kumbaya. Show patients stuck on gurneys in hospital hallways; the people who survived COVID-19 who may wish they hadn't; and the guilt of asymptomatic sons and daughters who fatally infected a loved one. We need to pull out the guilt, shame, and fear playbook.

Friends, family, and co-workers have a role, too. Be blunt about risky behavior, safety needs, and theirs, and get clear about the risks. Young people need to know that the guilt of infecting a brother or sister might be worse than contracting the virus themselves. And marketers can help by modeling these conversations.

Marketers should pluck out the shame, guilt, and embarrassment cards that helped turn the tide during the AIDS outbreak, the war on drugs, and numerous anti-smoking campaigns. We need to develop a healthy paranoia about COVID safety, the dangers of laughing at a good joke, singing with a choir, or yelling and how they can become super-spreading incidents.

We're not "all in this together" anymore than we're all together in traffic fatalities. It's up to everyone to protect themselves from the pain of dying or surviving the virus, and the guilt of passing it to someone else. No, it's not nice, but it is necessary. 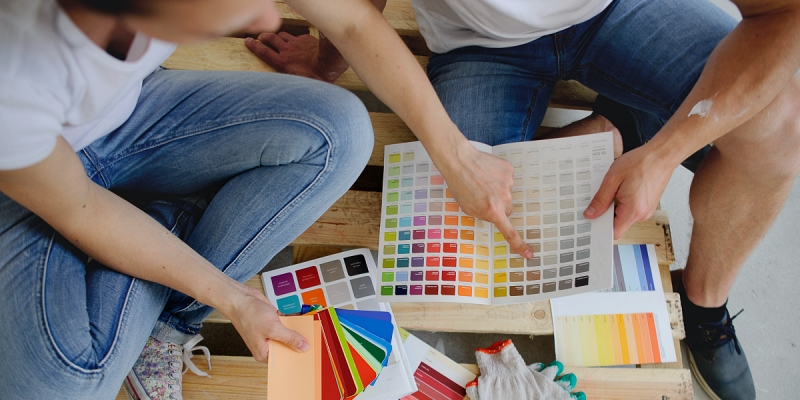 So, what is decision fatigue? You know that feeling you get when your brain is overwhelmed by tasks, data, and decision making to the point where you're standing in your closet with no idea what to wear, and if someone asks you again what's for dinner, you might just scream? That's decision fatigue.

And in the information-flooded world we live in, it's becoming a real problem, taxing overworked minds, breeding insomniacs, and stressing us out. The more you multitask and the more choices you make, the more difficult it is for your brain to make even simple decisions.

Here are some methods you can use to give your noggin' a break at work. 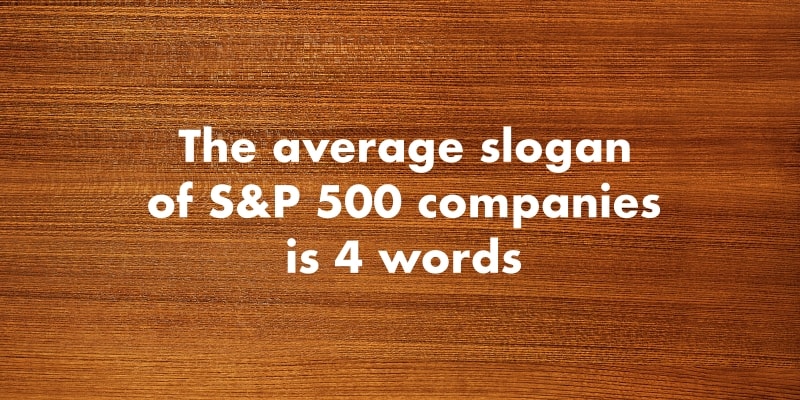 What makes a great tagline?

Taglines and slogans for corporations and brands are a handful of words that appear under a logo. Usually, they're useless and peppered with vague phrases like quality, excellence, world's best, the global leader, or making widgets since 1901, or a personal favorite, 500 years of combined experience.

So, here are over-arching suggestions (not rules) that we use.

The line should resonate with your audience as a benefit and internally as the truth. You can't tagline your way out of a marketing problem. If your service is smoking cessation, you need to move the humidor from the waiting room to the back room.

If possible, work in an emotional hook. Nike's "Just do it' mantra speaks to the aspiration of real athletes and the couch potato versions. And Arby's campaign "We Have All the Meats" speaks to the dreams of hard-core carnivores right in the gut." It says, don't come here for pita and hummus. The aim of product taglines, which should not conflict with the corporate line, should express the marketing strategy and a tangible benefit, for example, P&Gs line for Tide' Tide's In - Dirt's Out" and Best Buy's aggressive slogan Best Buy's "Try it out before buying it on Amazon."

When in doubt, make the tagline literal, "Empowering People to Improve Their Lives" from Acadia Hospital." Granted, it could be more interesting, but it does a great job of telling us what the brand is all about.

Rhythm is another tool for driving a slogan's message home, like Iambic pentameter. Think of the opening theme of Beethoven's Fifth Symphony, ta ta ta duh.

So, here's the gauntlet we run our taglines through. 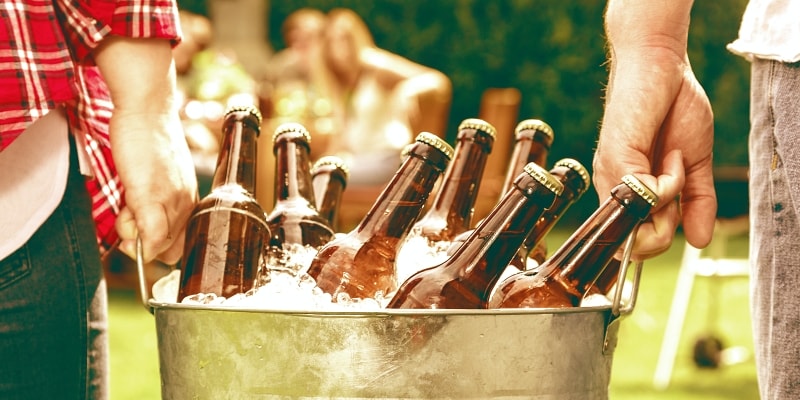 But summer calls for a beer that's a little lighter, a little crisper than brews we enjoy the rest of the year – crisp lagers, tangy goses, and maybe even a radler or shandy.