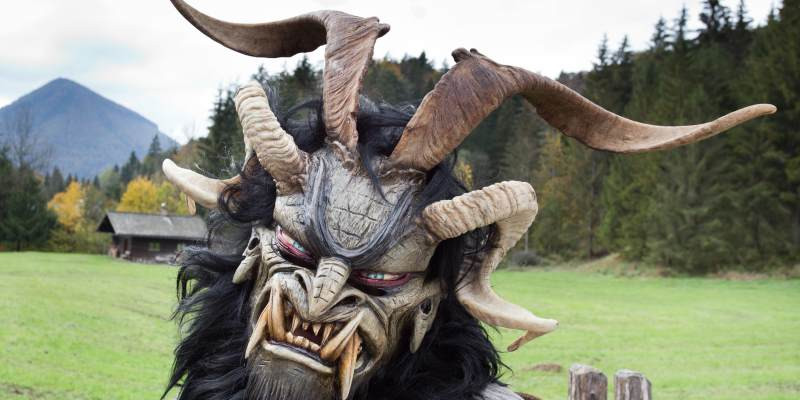 You're familiar with Krampus by now. The horned, goat-legged uber-creepy figure from European folklore terrifies kids who misbehave with a basket full of birch switches during the holiday season. Think Elf on the Shelf with the fear factor ramped up to eleven. He's the dark, gritty side to the jovial and loving St. Nicholas, who passes out presents.

We've advised a few of our medical marketing clients on some marketing tactics that have been a bit out of the mainstream, employing unconventional methods designed to evoke surprise and wonder and catch people off guard. We like to call them "Krampus-approved."

Let there be light. Long before the idea of projecting light shows to the sides of the building as a cultural event was  de rigueur, we had the idea to cast a medical device client's message on the side of a building where an ophthalmology/optometry convention was taking place. Signage inside the convention hall was crazy-expensive and very limiting in what you could say. But our light display, projected from a mobile van onto the building across the street, was eye-catching, attention-grabbing, and, dare we say, far less expensive and much more interesting.

Attack of the peacocks. How about marketing to the audience of an in-progress event to promote a product or service? We had folks dressed up like peacocks infiltrate a convention crowd to show off a range of new product colors.

Banksy-style. Got a prominent medical device convention in town? How about chalk-stenciling your client's logo on the sidewalks all around the convention center? And gamify it by holding a contest to see who can count precisely how many logos there are. Winner, winner, chicken dinner!

Product placement. Everyone's feeling a bit blurry-eyed by the end of a convention. It could be the fluorescent lighting or possibly the late-night entertainment. How about handing out branded energy drinks and your company's dry-eye solution eyedrops to the walking zombies?

The cool thing about these tactics and others like them is that they can be done at a low cost while having a surprising impact at the grassroots level. The key is to be creative and catch people a bit off-guard, much like a furry, goat-legged, tongue-wagging Christmas nightmare.