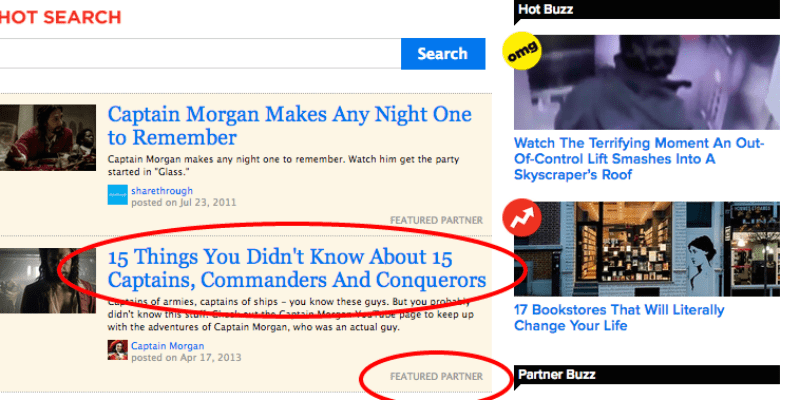 You’ve been exposed to native advertising millions of native ads without realizing it. That’s on purpose, because native ads may only be a link in regular editorial content, or they may be tucked in a box with an image and a headline, which looks like a teaser box. You’ve also clicked on them unwittingly and arrived at a clothing boutique site, or the local carpet store. And, they may have made you grumpy (more on that later).

According to MM&M, there’s been an “explosion in native advertising” courtesy of the pandemic. They’re relatively inexpensive and the performance is measurable. In fact, Kevel, which is in the native advertising business, says that results are similar to organic search.

The global market for native is circa $85 billion in revenue! It’s a beast, which is why we’re writing about it.

What is Native Advertising?

The big idea behind native advertising is to create ads that are so integrated with the page content that the user is not, in many cases, aware that they’re seeing an ad. Examples include sponsored social media posts, promoted search, recommended content, and user-generated social media posts.

Native has been driven by consumer resistance to traditional online banners. Eye tracking studies show that many times visitors avoid gazing at animated content placed around the content. It’s similar to content marketing in that the content itself is the marketing.

Fans of the tactic call it non-disruptive advertising. Others say it just plain sneaky. As MM+M points out, though, it’s still very effect for DTC (direct to consumer) and healthcare professional marketing.

Where do native ads come from?

Native ads support both awareness and lead generation objectives. This market is controlled by the publishers on a supply and demand basis. The more eyeballs on the content, the greater the spend. This will sound familiar if you’re a user of search engine marketing.

How to buy native advertising?

Publishers are represented by ad networks to clients. Most platforms carry a wide range of websites, which make it possible to target based on keywords and titles that fit your user profile.

How much do native ads cost?

Native advertising is bought and sold like regular display ads or cost per thousand (CPM). The usual budget for native run $10 to $20 per thousand (COM)

What’s the scuttlebutt on native?

The beauty of native advertising may setup an ethical dilemma for some marketers and brands. Often, consumers aren’t aware who is sponsoring the advertising and they feel duped when they click through to promotional content. Although banner advertising is an irritant, visitors are at least aware of the advertising’s sponsor.

Send your questions about native advertising to Bill.